Monday to domingo; naming the days of the week

The seven-day week is so completely accepted by us that it is easy to forget that it is a human invention.

It is thought that people began to use a set of seven days as a dividing measure of time as early as the 6th century BC, in parts of the middle east. An eight-day week had been used in Ancient Rome at times, however, by the common era, the Romans too used a seven day week.

The English word ‘week’ comes from a Germanic root word ‘wik’, meaning ‘change’ or ‘turn’. However, many languages use a word derived from the number seven, such as the Spanish ‘semana’.

But what is the first day of the week? Sunday or Monday? There are even some places in the world in which it is Saturday. Let’s see. 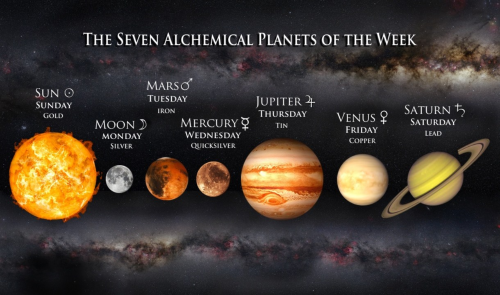 Monday is considered the first day of the week in most of the world, including all of Europe, all of Oceania, most of Asia and most of Africa.

Incredibly, the vast majority of world languages use the same system to pick the names of weekdays – astrology. Monday is the day of the moon all around the world. From the Spanish Lunes, to the Hindi Somavar, to the Thai Wan Chan, all of these names are connected to the moon.

The main exception to this rule are languages that use a numbering system for their days, such as Portuguese, which calls Monday segunda-feira, which seems to imply that Sunday is the first day of the week! The Russian word for Monday ‘ponedel’nik’ literally means ‘the first day’. and the Swahili word for Monday, ‘jumatatu’ means ‘the third day’!

Despite appearing completely different, the name Tuesday and Latin-based words such as the Spanish Martes, actually share the same roots. Martes is named after the planet, Mars, which is named after the God of the same name. The word Tuesday is derived from a Nordic God, named ‘Tyr’, that the Romans later referred to as Mars.

Apart from the places where the number-system calls Tuesday the second, third or fourth day, almost everywhere relates Tuesday to the God Mars. One exception is the Japanese ka youbi which translate as ‘fire day’.

In a similar way as with Tuesday, Wednesday also reflects the name of a God that would later be interpreted with another name. The ancient Nordic and Germanic God Woden was considered to be Mercury by the Romans. In this way most European languages consider Wednesday to be the day of Mercury.

One notable exception is the German Mittwoch, which literally means mid-week.

Thursday is the day of Thor, the God of Thunder. If you know any Latin language, then it won’t be a surprise to you that Thor was interpreted by the Romans as Jupiter.

In most Indian languages, the word for Thursday is Guruvara, which refers to the God of the planet Jupiter.

The only day to be named after a Goddess rather than a God, the name Friday was taken from the Nordic Goddess Frigg. Her Roman equivalent, Venus is the root of most international names for Friday.

One language that makes no relation to Venus in its name for Friday is Icelandic, which call Friday Föstudagur – the day of fasting.

Most Arabic countries consider Saturday the first day of the week, as it is their primary day of rest.

The English word Saturday refers to the planet and God Saturn. This is the same in some other Germanic languages, however, most world languages make reference to the Sabbath, the Jewish day of rest.

In Nordic languages, Saturday is some variation of lørdag, which means ‘day of washing’. However, in all Nordic countries washing is permitted on other days, too.

Most people in the Americas consider Sunday to be the first day of the week. This is also true in China and a handful of other countries.

The origin of the name Sunday needs no explanation. In half of Europe’s languages, Sunday refers to the sun.

Many Eastern European languages refer to Sunday as the ‘day of no work’. Hungary calls it vasarnap – market day.

So, what is the first day of the week for you?