How to Stop Translating in your Head

There comes a time in every advanced language learner’s life, that they will stop translating in their head. This is the moment in which speaking in your second language becomes truly organic; that you are able to think about what you want to say in your second language without thinking in your mother tongue first. Undoubtedly, the best way to reach this stage is to speak as much as possible. People who are lucky enough to spend some time in a country where their second language is spoken will probably begin to think in their target language within a few weeks. However, there are some tricks to help you reach this stage by yourself. 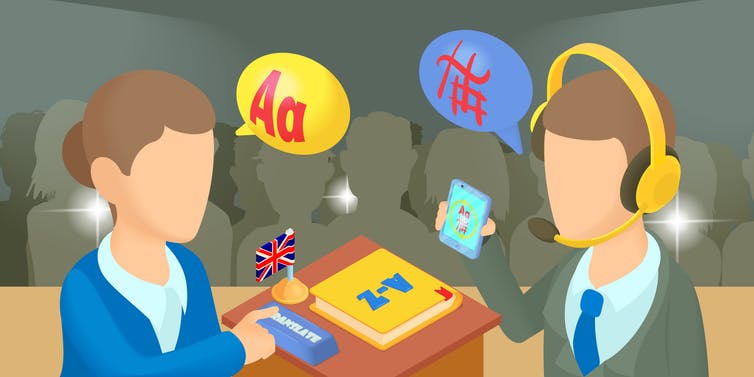 You have heard this before, and you will hear it again. The greatest key to language learning is constant interaction with the language. Just a few days without using your second language can stop you from ever progressing to thinking in it. Reading the news, listening to audiobooks, watching television and films, all help to keep your second language at the front of your mind. Find a friend that is in the same boat as you, and meet up for a coffee and talk!

3. Change the form of sentences

India is an immense country, and of course, with a great culinary variety. You usually throw many spices that change completely the flavour of the plate.

These sentences are obviously translated too literally. Although it can be difficult, you should try as much as possible to think of the idea that you want to express, and not the words. It is very likely that the best way for you to say something is with a completely different sentence structure to in your native language. Even if you begin to say something and then think of a completely different way to say the same thing; do it.

This is a much more natural way to say the above sentence:

India is a huge country, and so it makes sense that there is a wide variety of food. It is common to use a lot of spices, that can completely change the flavour of a dish.

The inability of machines to completely change sentences like this is the reason that human translators will still have jobs for many more years!

It can be useful to link any new vocabulary directly to the idea itself, instead of ever using your mother tongue.

If you are a teacher, teaching young children, this means using picture cards and objects instead of, for example, teaching that perro is dog.

Let’s imagine that a student asks me what ‘gripping‘ means. I might say that it is, as a verb, the act of holding tightly to something, or, as an adjective, it describes something that really holds your attention, like a great film.

Hopefully, the next time that my student sees the word ‘gripping’, they will remember a rough idea of the meaning, without ever having known a translation from their language.

Conversation is not a race. Many people feel that a second of silence is too much, and feel uncomfortable during the time that it takes to think. Don’t fall into this trap. Take your time to think about what you want to say, and how best to express it. Don’t be afraid to stop mid-sentence and start again.

The more that you interact with your second language, the sooner you will stop translating in your head. It is as simple as that. I have written before about ways of making your own language-environment. If English is your second language, when you stop reading this article, keep on thinking to yourself in English for as long as you can. Narrate your day. You can begin by leaving a comment below!