Most words are very old. Even though English (in the way we speak it today) has only existed for around 300 years, the roots of most words can be traced back for thousands of years. English, as well as most European and some Asian languages, are all from the Indo-European language family, that probably began in West Asia about 5000 years ago.

However, some words are not very old. Below are some interesting stories about where some relatively new English words originated from. 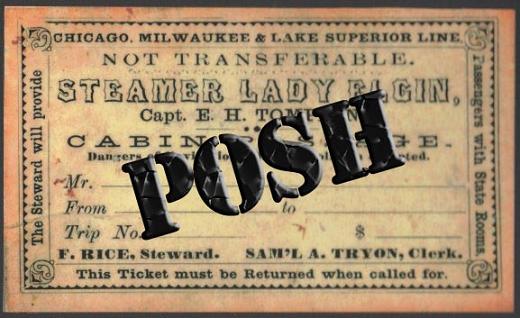 Especially in British English, posh describes a person or thing that is considered to be upper-class. Apparently, this word began as an acronym. On boats travelling from England to India and back, the most expensive return tickets sold a cabin in the left side of the boat (Port) while leaving England, and a cabin on the right side of the boat (Starboard) when leaving India. On the ticket, the acronym for Port Out Starboard Home was printed in capital letters: POSH.

“You want to go to the Carlton for lunch? But its so posh! It probably costs a fortune!”

When I was growing up, blockbuster was the name of the local video-rental shop. However, the reason that the rental chain used this name, was because in American English, a blockbuster is a very successful film. The term came from a film being so popular that the queue to enter the cinema extended further than the block the cinema was in!

“Every film Tarantino makes is a blockbuster!”

Hang on … is this a French lesson within an English article? This popular international supermarket opened its first shop in France in 1960. It was situated on a place where two roads met – a crossroad, which is exactly what carrefour means; crossroad (UK) or intersection (US).

“Le magazin est au carrefour” (The shop is at the crossroad)

Today, toilet is the most common word for the thing you sit on to excrete things from your body. It is also very commonly used, especially in the UK, for the room in which this special seat exists. This word actually originally began as a euphemism. The French word toilette was originally used in English as a verb to mean what people (particularly women) did for personal hygiene and appearance. Toilet was then used for the place or room where people did their ‘toilet’. As these rooms began to have running water, the perfect euphemism came into existence of ‘going to the toilet’, which sounded nicer to posh Victorian ears than ‘going for a poo’.

I am terrible at chess, so I have never used this word properly; the word that is said upon winning a game. Chess originated in India or Persia (Iran) over a thousand years ago. Supposedly, at the end of the game, people declared that the king (shah) was dead (mat). Over time this call of ‘shahmat’ slowly changed into today’s checkmate.

(Upon seeing that you can take the King in chess:) Checkmate!

A mortgage is a loan connected to property. Mortgages usually only end when either the borrower successfully pays off their loan, which may take decades, or, when a person is unable to continue paying their loan (often, because they are dead). In the middle ages, when the first mortgages were written, the length of the contract was emphasised in its depressing name: the death (mort) contract (gage).

I just bought a house!

Thanks, but, I will probably be paying the mortgage for the rest of my life.

The last of these interesting and useless stories is about one of the most common items of food in the world. Supposedly, the Earl of Sandwich, an English Lord in the 18th century, liked to gamble.He was so busy using his hands to play cards that when he got hungry he asked his servents to put his food between two pieces of bread so that he wouldn’t have to put his cards down. His friends began to copy him, saying “I’ll have the same as Sandwich” and, eventually, “I’ll have a Sandwich”.

Joke alert:
A sandwich walks into a bar. The barman says “Get out! We don’t serve food in here!”

If you know any other interesting word origins in English or your mother tongue, let us know in the comments section below!