Christmas around the World

Perhaps the greatest feeling of true excitement I can remember is that of the Christmas Eves of my childhood. The 24th of December was filled with magic. The magic environment of the town I grew up in, outside London, with all its houses covered in flashing lights, special songs playing in the supermarket, and, if I was lucky, snow on the ground. The magic of the Christmas period, a time dedicated to relaxing, having fun, eating and seeing distant relatives. And, of course, the actual magic of the fat man who would travel the world in a single night and find time to climb down my chimney to fill my stocking with chocolate and leave a present under the Christmas tree. 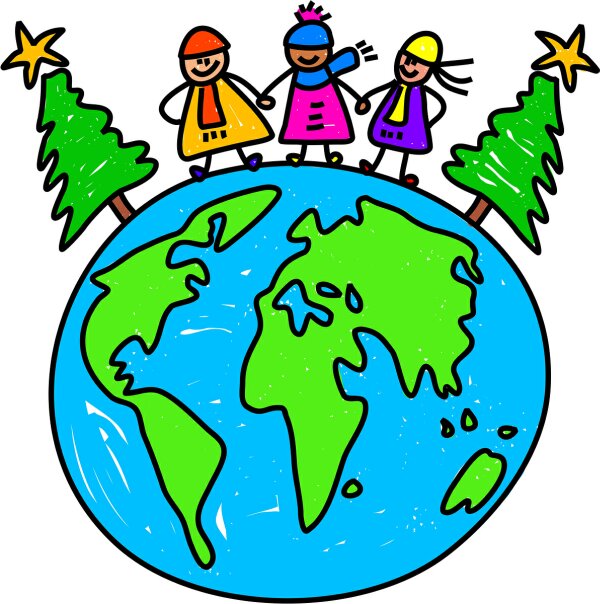 Christmas in The UK can start as early as October, as shops squeeze every drop of consumerism from their customers. From the 1st December, people begin to open their advent calenders, home-made or shop-bought calenders that are opened to reveal something (usually edible) inside. During the final days of school, it is common for children to perform a nativity play for the parents, in which they recreate the birth of Jesus and sing Christmas songs. Although by far the most important day is the 25th, in which families usually spend all day together, on the 26th, or Boxing Day, families or friends often meet as well. New Years Eve, on the other hand, is normally spent with friends.

Japan is predominantly Buddhist, and celebrating Christmas is a relatively new idea. Despite the fact that there is no public holiday, in recent times it has become common to see lights and decorations in public places. Quite like St. Valentine’s day in Western countries, on Christmas Day it is very popular for partners to eat out in restaurants, and exchange gifts. Even Tokyo Disneyland is filled with young couples on Christmas Day! One rather strange tradition in Japan is of eating fried chicken at Christmas. It has become such a common idea that many KFCs have queues that go out the door!

Australian Christmas traditions are mostly quite similar to those of the UK. It is a family-oriented holiday, with lots of lights, decorations and Christmas trees. Father Christmas comes down the chimney on the night of Christmas Eve, and the most important meal is lunch on the 25th December. The one major difference is the heat. Temperatures in most of Australia will be between 30’C and 40’C during the Christmas period, and so people will often be outside, in the garden or at the beach. At lunch, rather than cooking the traditional roast dinner, people may choose to have a barbecue.

It is commonly believed around the world that the baby Jesus was visited by three kings who gave him gifts. In Spain on the 6th January, big parades are held in the streets, in which ‘kings’ throw sweets into the crowds. Children may open some presents on Christmas Day, but this is mostly saved for the 6th of January too.

In a great mixture of Christmas ideas, Hungarian children also receive gifts on the 6th of January, however, they are delivered by Saint Nicholas. On the 25th of December, Jesus himself brings presents too! The main meal, eaten on Christmas day, is usually fish-based. One popular dish is Halaszle, a thick fish soup, that is normally very spicy.

In which country would you find this Christmas tradition?

What Christmas traditions are there in your country? Write a comment to let us know!