It can be difficult to change habits of pronunciation. Sometimes, you may know how to pronounce a word correctly by itself, but reading a sentence fast can lead you to say things incorrectly. We can see this by looking at tongue twisters like “Sarah runs rings around Roman Ruins.” Let’s practise some common difficulties. 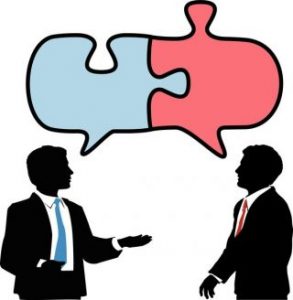 The most regular ending for verbs in the past simple is –ed.

It is very common for English learners to say an accentuated /id/ sound, unnecessarily. Don’t!

The generally accepted rule is that you should only make an /id/ sound if the word has T or D before the –ed, such as; avoided, celebrated, resisted, prevented, branded

In all other words, a very light /t/ sound should be made, by blowing air through the roof of the mouth and the tongue; liked, considered, delayed, involved

Read  and listen to these words:

Recently, I’ve noticed Spanish speakers make a /g/ sound when trying to pronounce ‘would’ or ‘wood’ (which, by the way, should sound exactly the same).

To practice this, you have to focus on your mouth formation. The /g/ sound comes from much further back in your mouth than the correct /w/ sound. The /w/ sound is made by blowing air through a small hole in the lips, without any movement at the top of the throat.

One of the easiest ways for a foreigner to tell a native Spanish speaker is if they pronounce words that begin with S with an extra /e/ sound before the consonant. This is because in Spanish no words that begin with S are followed by a consonant. This can result in a one-syllable word like ‘Spain’ sounding as if it were a two-syllable word (eSpain).

If you are guilty of this, here is a method to practise. Try ‘hissing’ like a snake (sssssss) without using your voice box at all. Slowly add the rest of the word (sssssssspain!) Don’t create sound from your voice box until you say the following consonant (ssssstrange!) Like this, it should be impossible to add an unwanted syllable.

Schwa is the name of the most common vowel sound in English, and it doesn’t exist in Spanish. It is the stressed vowel in the words gun, cut, money and love. However, most of the time, the Schwa is an unstressed vowel. I have tried to show how common it is as an unstressed vowel by underlining every occurrence in these paragraphs.
Many people speak English successfully without using the schwa sound (except in the stressed cases shown above, where it is necessary). However, if you want to sound as native-like as possible, then you should start using schwa.

Listen to the previous two paragraphs, and listen for the schwa sounds. Sometimes, it will be so short, it will be hard to notice (e.g. every)

If you have any pronunciation-related questions, leave them in the comments section, and we will answer as fast as possible!

Now say ‘red lorry, yellow lorry‘ fifty times as fast as you can!